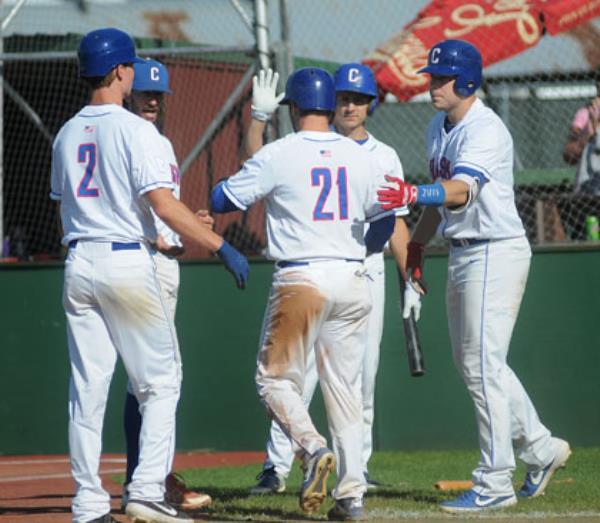 Class B roundup at Dassel: Chaska knocks around Anoka to advance
Posted on Aug 19, 2019

Chaska advanced to the state tournament after scoring a total of seven runs in defeating Burnsville in its Section 3B playoff series but a short memory is a good thing in baseball as the Cubs put that behind them in a 10-0, seven-inning win over Anoka in the Class B state tournament Sunday in Dassel.

Steve Edlefsen went 3-for-4 with an RBI while Dylan Peterson drove in two runs as part of a three-run second inning. Chase Hentges finished 2-for-3 with two RBI as well. Hentges added to the Cubs’ lead in the sixth with run-scoring single.

Chaska extended its lead in the fifth inning after Matt Halloran and Hentges singled. A throwing error on a bunt loaded the bases and Edlefsen singled to score Halloran. Tyler Polster got an RBI with a sacrifice bunt to score Hentges to make it a 5-0 game.

The Cubs added a run on an RBI single from Hentges in the sixth inning and broke out for four runs in the seventh to end the game early. Tyler Peterson singled to right field with the bases loaded to end the game after Chaska strung together six hits in the inning. Tony Lane, Justin Johnson and Halloran all drove in runs.

The Bucs had a threat in the fifth inning after Ian Walker and Jake Irlbeck collected back-to-back base hits to start the inning but Walker got thrown out at the plate on Irlback’s double. The inning stayed alive after a dropped fly ball in center field but Anoka hit into an inning-ending double play.

Chaska moves on to face Miesville Saturday at 1:30 p.m. in Dassel. The Mudhens defeated the Moorhead Mudcats Saturday 6-2 to advance.